So one of my fave blogs, Centsational Girl, just posted her 2012 Home Goals and it got me moving and grooving to do my own… so much so that AJ woke up this morning and told me that if I didn’t lay there talking to him for 20 minutes before we fell asleep last night that he would have been a lot more well rested… but AJ, I needed to know what your home goals were. 🙂

AJ said to me last night in his semi-asleep state that he’d like to get the dining room ceiling finished. Remember how we ripped it out because AJ wanted to have a post and beam ceiling that made our ceilings look taller than the 7ish feet tall they are? Well, it’s been like this since the summer and AJ’s decided he just wants to hire someone to finish it off… he mentioned something about me not being strong enough to hold the drywall up while he screwed it into the beams. I’m pretty sure he’s right.

I took these photos around lunch today of our newly organized – under construction master bedroom. We would love to see the whole room (minus the bathroom) done by the end of the year… sooner hopefully! We’ll get to the bathroom when we have money for it… where is the money tree? 🙂
In this next photo you see the door to the bathroom that is on a slider that AJ installed (to save space). We plan on frosting it so there is some privacy… don’t worry! 🙂

This is on the other side of the bed, in front of the walk in closet. The mirror was from my Nana’s house after she died (at nearly 108, might I add…) and the fireplace is electric from Home Depot.

Let me tell you… these photos were taken right after going on a major cleaning / organizing spree. Drew had probably a 35 minute nap this morning, which is way shorter than normal, and I had just taken a couple photos of this room while he was napping. I was embarressed to share them on the blog but didn’t think I could make headway on the room. Two hours later… I’m showing you my before photos… keep in mind, this room has been a catch all for us because we are redoing it and because we’ve been sleeping in the other room.

I’m thinking either four, six or nine of something sort of resembling this, but with a frame and mat that are a lot larger. 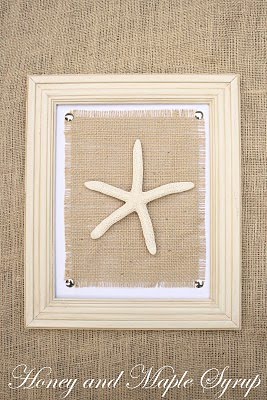 I love having these two bars but I’d also love to see some good open shelving… and maybe some drawers. Maybe I’m being too picky. 🙂

I’m thinking something like this from Bower Power… they took boards and then basically beat them up to make them look distressed. I want to have nice thick boards and a very dark stain to match Drew’s ship wheel, pictured.

AJ and I really want to increase the functionality of our tiny house. We figure the best way to do it is to use the spaces that are unused or awkward and make them practical… like this long wall with about two feet of space from the edge of the doorway into the kitchen. We want it to be usable as a desk but we want to be able to stow laptops and papers away easily so it could double as a space to lay out food or drinks for a party. Picture something like this on each side of the window (which will probably become a door):

« HIGH END ORCHID (for a fraction of the price)
Foodie Friday: Hollywood Squares »